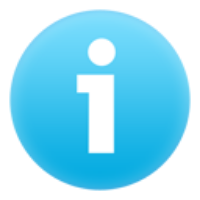 Considering Platforms for Director and Transporter

Choose among the following 64-bit platforms when installing your copy of NAKIVO Backup & Replication:

Platforms available for setting up your backup repository are listed in the table below:

When comparing file systems, one should note the following advantages of NTFS: file change logging, native data deduplication, and transparent file compression. On the other hand, the EXT4 file system has the allocate-on-flush feature that is capable of reducing the CPU load.

When deciding on a sharing protocol, please note that you usually use NFS for dedicated Linux-client to Linux-server connections.

Using SMB allows you to avoid regular client-server relations. However, with an increased number of SMB nodes, inefficiency of the protocol may become discernible. In addition, the usage of SMB over WAN is not recommended due to security reasons.

One of the following web browsers is required to access NAKIVO Backup & Replication from a client machine:

This means that you can open NAKIVO Backup & Replication user interface, initiate and manage your backup and replication jobs from any platform where the aforementioned browsers are installed. These include:

Generally, web browsers are interchangeable in relation to running your NAKIVO Backup & Replication tasks. However, there is no implementation of the per-site security configuration for Google Chrome on mobile platforms.