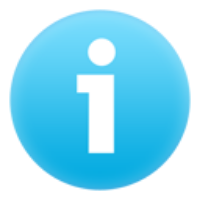 When you back up a VM that runs Active Directory, Microsoft SQL Server, Microsoft Exchange, or any other application or database, it is crucial to ensure that all data inside of those applications remain consistent in the backup. This is important because portions of data and some transactions kept in memory may be incomplete when the VM backup is made. If you take no actions to flush memory and I/O operations, the backups will be crash-consistent. It is similar to pulling the plug on a physical server and then powering it back on. Therefore, most modern applications and databases offer ways to recover from this state. However, in most cases you'll still need to spend some time on manual restore operations and run the risk of losing important data.

To ensure that all data is consistent in the backups, NAKIVO Backup & Replication allows you to use the application awareness feature which is called app-aware mode. To perform consistent backups and replicas of Windows-based environments, the product relies on the Microsoft Volume Shadow Copy (VSS) service running inside VMs. If your application is not VSS-aware or runs on Linux, it provides you with the ability to run custom pre-freeze and post-thaw scripts to enable application-consistent VM backup and replication. A pre-freeze script is executed before a snapshot of a VM is taken, and post-thaw script is executed after the snapshot has been taken.

With the app-aware mode turned on, your backups and replicas will contain consistent application and database data, so you won't need to take any extra configuration steps. As a result, you will be able to instantly recover not only full VMs, but also Microsoft Exchange and Active Directory objects, such as emails or users, directly from a compressed and deduplicated backup.  If app-aware mode is disabled, NAKIVO Backup & Replication will create normal (standard) snapshots of source volumes instead of quiesced ones. In case of failure, the product will copy data directly from source volumes without displaying an error.

The app-aware mode can be enabled/disabled on the Options page of the backup and replication job wizard of all supported platforms.

NAKIVO Backup & Replication provides the ability to create application-consistent replicas of AWS EC2 Instances. The application awareness approach is different for Windows-based and Linux-based Instances. Refer to the sections below for more information.